Phore Comparison vs Other PIVX forks

By Phore BlockchainJanuary 21, 2021 No Comments

The Phore Blockchain project has evolved since its inception from a PIVX fork. Phore’s genesis block was hashed on September 12th, 2017. The Phore team has developed a decentralized marketplace and is working on a new blockchain, Graphene (originally branded Synapse) with a sharding architecture.  Holders of Phore will receive Graphene, airdropped to them upon launch.

While Phore has been utilized as a tool for e-commerce, Graphene aims to be a scalable solution to current restrictions regarding efficiency and storage limitations which impact the overall performance of a blockchain. This article will explore some of the main features of Phore and some of the features of other cryptocurrencies that have forked from PIVX. It is important to note that there was no premine and no ICO stages to PHR.  PHR has been funded by its community and has experienced multiple landmarks in its roadmap since its inception. It has also provided additional development consultation for several other projects. A Boston College study of 4,003 ICO’s (2017-2018) with $12 billion capital raised, found that 56% of new crowdfunded tokens are abandoned within four months of their ICO (due to insufficient funding, low liquidity, duplicity, etc). Despite this Phore and its community have pushed through a lengthy bear market and have come out with something to show for it.

Blockchain Development: Phore has consistently released wallet updates, security updates, and provided regular code maintenance to the underlying blockchain infrastructure. The development team has also supported other projects by helping maintain their codebase and providing customized blockchain solutions. This presents an opportunity to support the development of Phore through collaboration, partnerships, clients, and serves as an additional revenue stream.

Decentralized Marketplace: The Phore Market Place was released in open beta on March 25th, 2018.  Continued development and added features have made for a robust solution to modern-day e-commerce issues. The marketplace does not collect user data and allows for transactions to be made publicly or privately, built-in filters for adult items increase user safety. User information such as shipping addresses is shared securely between customers and vendors and not collected or stored centrally.  These features along with no listing fees and lower transaction fees than other cryptocurrencies make this an attractive platform to utilize PHR in real-world applications.  FIAT transactions are set to be made available to Phore marketplace users.

Phore’s most recent and ambitious development is Graphene (GFN), a next-generation blockchain Infrastructure.  Graphene, a sharding architecture was built in-house and hosts such features as, 100,000+ transactions per second, smart contracts for decentralized applications and businesses, as well full interoperability between shards. This will allow more flexibility between types of smart contracts and the ability to create customized blockchains for different use-cases.  The architecture has some similarities to Eth 2.0, including the use of Casper Proof-of-Stake consensus. The algorithm helps to solve flaws in past versions of proof-of-stake such as slower consensus time and a lack of consequences for voting on a fork due to the nothing-at-stake problem thus reducing the frequency of forks. This architecture, combined with integrated smart contract capabilities, will facilitate extremely fast and numerous transactions.

The Zenzo ecosystem aims to provide game developers and gamers with a blockchain-based gaming platform. The development team aimed to increase the diversity in game titles and mechanics, create resources for indie games and gamers, and ease the exchange of nontransferable digital-assets such as video game serial keys and game items.

Zenzo Core is the blockchain, coin, and wallet for Zenzo Coin (ZNZ) a blockchain-based cryptocurrency that was self-funded and premined.  Based on a proof of stake network, including a shared governance model and minimal transfer fees.

The Zenzo Arcade is a free-market platform on which games and assets can be bought with different cryptocurrencies such as BTC, ZNZ, and PIVX.  The Zenzo Forge is the first decentralized application within the Zenzo ecosystem and is a scalable mesh peer-to-peer network that has fewer fees and load than the classic blockchain.

The Zenzo Hatchery is a video game incubator that aims to help with providing resource allocation to projects voted on by the community of gamers. 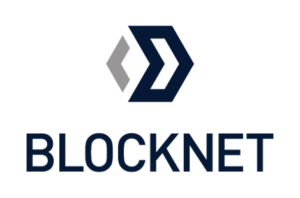 Blocknet describes itself as the internet of blockchains.  It was forked from PIVX on September 1st, 2017.  Blocknet was designed to allow communication and exchange between different blockchains in a trustless manner via TCP/IP networking, peer to peer atomic swaps, dApps integration as well as Layer 2 blockchain technology for scalability.  In 2018 Phore was integrated with the Blocknet protocol which allowed atomic swaps between different Blockchains as well as trade on BlockDX, the decentralized exchange for Blocknet.

XBridge is a transfer of value protocol that allows trustless atomic swapping upon which the Blocknet’s decentralized exchange BlockDX.

XCloud is a decentralized oracle network that allows the running of DApps, microservices, and APIs.  This has been described as a decentralized AWS cloud service.  XCloud allows for an exchange to quickly connect and interface for a fee without any KYC.

Block DX is an open-source exchange that has no central ownership of user data or single point of failure due to the decentralized distribution of the peer to peer service. This exchange allows the monetization of any asset tied to a blockchain, thus allowing for new opportunities for innovation due to increased funding and exposure for the entire blockchain universe. 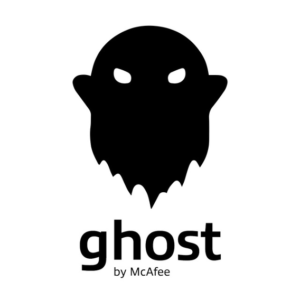 GHOST is a proof of stake privacy coin with some notable differences in this fork of PIVX.  There isn’t a masternode system with GHOST but rather a Ghost Veteran system that rewards the user for holding a certain amount.

Ghost uses Dandelion++, a protocol that allows randomness to obscure the origin of a transaction, solving an issue with the widely used Gossip protocol that can be compromised to deanonymize a user.  Quantum Resistance is a feature, that aims to solve an issue where public encryption can be broken via the utilization of an exploit known as Shor’s algorithm.  While Quantum computers aren’t widely available, they can have the potential to break the public-key encryption that is utilized by Bitcoin.  If anything is spent from a given address, the quantum computer could penetrate the encryption since it could recover the private key from the public key, GHOST combats this by recommending users to only utilize addresses once and use cold staking.  Stealth addresses generate a new address with every transaction, this makes the wallet balance unlinkable to the user via a mechanism that forms a random address for a one-time transaction so that the sender or receiver is not tracked.

The DIVI project was forked in September 2017 and its primary goal is to accelerate the mass adoption of cryptocurrency. They do this by developing user-friendly applications to allow beginners to get the most out of their cryptocurrency experience.
Some of the features of the DIVI project include Smart Wallets, which aim to inspire mass adoption by making the experience of dealing with cryptocurrencies easier for the client more accustomed to modern apps. Features such as names utilized instead of long alphanumerical addresses, ability to send funds to email or phone number, support for multiple addresses to have different accounts, ability to keep cryptocurrency stored and locked until a certain date, scheduled sending and receiving of payments, and even separating the taxes from the transactions.

MOCCI is a feature that stands for Masternode One-Click Cloud Installer.  It enables cloud-based masternode operation through the mobile device.  With a focus on UX, DIVI aims to bridge the technological gap between new users of the blockchain sphere and advanced technology found therein.  DIVI has a marketplace that allows users to connect their online businesses to their smart wallets to be able to simplify and streamline payments, the marketplace is not anonymous and will require KYC.

Phore has come a long way since its inception in 2017. The Phore Marketplace provides a platform for users that value their privacy, due to not collecting any personal information and allowing you to pay in the native currency.  The automatic screening of any illegal items listed on the marketplace is a reassurance for anyone cautious of utilizing such anonymous services. The development of Graphene is a huge step forward for cryptocurrency, Graphene’s greatest strength is its versatility with sharding technology allowing for nearly limitless possibilities for blockchains and dApps.  Whereas some blockchain-based projects have a singular focus, such as video games in the case of Zenzo. Graphene casts a much larger web, having no singular use case but being built to accommodate all use-cases, logistics, medicine, finance, etc…  Theoretically, a developer could design a shard type for gaming and tailor it to that sector, while another develops a shard type for storage of medical information e.g. vaccine information in a hospital database setting.  Graphene, therefore, boasts the capability of being able to provide what many different individual blockchain ecosystems provide all under one single blockchain with sharding capability. Scalability is paramount and part of that is TPS, at 100,000+ and a maximum of 29.4 million, compared to the Bitcoin Lightning Network (max 1 million TPS) and Bitcoin (7 TPS), this puts Graphene at a great advantage compared to other cryptocurrencies in terms of use and scalability.

A study from the University of California shows Data Scientist is the top-ranked career on the Glassdoor jobs website.  Companies are eager for data proficiency in all aspects.  With the advent of the Internet of Things, the accumulation of data has reached unprecedented levels, in 2018 the total data replicated, created, or captured estimated at 18 Zettabytes (1billion Terabytes).  The internet will be the main driving force of innovation and growth for the foreseeable future.  Graphene’s ability to provide such a sharding mechanism to make data more manageable, sharding allows Graphene to create smaller databases from a large database, thus decreasing query time and the cost of maintenance, it will also allow inexpensive servers to run the smaller databases which have been sharded. These in combination create an advantage to Graphene over other platforms and make the Graphene ecosystem the perfect choice for data-centric industries.

While projects such as DIVI are designed for allowing beginners to access the arcane world of blockchain technology, Graphene’s ecosystem aims to provide a sharding architecture in smart contracts which allows for much greater flexibility and scalability of those contracts in all manner of business applications.  Environments such as DIVI’s are entry points which are important in that they allow exposure to services that may be more adequate to their needs, such as Graphene’s which could contain many different services on many different blockchains as more DApps are developed to branch off from Graphene.  This discussion brings out the great diversity of the blockchain and all the ideas it has given birth to during its 13 year run on the world stage.

What is Phore (PHR)?
https://coinswitch.co/info/phore/what-is-phore

Over Half of ICOs Die in First Four Months: Study
https://www.investopedia.com/news/over-half-icos-die-first-four-months-study/

What are dead coins?
https://coinmarketcap.com/alexandria/article/what-are-dead-coins

Provisioning Sharding for Smart Contracts: A Design for Zilliqa
https://blog.zilliqa.com/provisioning-sharding-for-smart-contracts-a-design-for-zilliqa-cd8d012ee735

How Much Data Is There In The World?
https://www.bernardmarr.com/default.asp?contentID=1846