By Phore BlockchainMarch 10, 2020 No Comments

Time for another update on Synapse development. Read through to the end to get caught up on our development progress! The update has 2 parts: technical development, and general information on synapse and what it means for you as a community member and Phore holder.

Before we get started, here is a “crash-course” on the components that make up Synapse for those who may not be familiar with it from past updates. If you are already familiar, feel free to skip to the next section.

The Beacon Chain is what handles all of the proof-of-stake and validator registration transactions, and acts as the “main” network chain that links all of the Synapse shards together as one secure, integrated blockchain ecosystem.

Validator Modules interact with the beacon module. These modules are what produce the blocks for the beacon chain, and handle the user part of proof-of-stake functions. Validators commit to providing specific services to the Synapse network. There is a system of validator payment rewards and penalties that make up a core part of the enhanced security of the Synapse network and provide a way for every Synapse user to actively participate in securing the Synapse network, and validators receive payments in return for staking and related services. They also run separately from the Synapse wallet, which will allow us to support secure, decentralized “cold staking” and even staking for balances held in mobile and other light node Synapse wallets.

The Shard Module acts as the “executor” for all of the side-chains. It executes the code for the side-chains and keeps them in sync with the beacon chain (see above).

The Relayer Module is the data management portion of the system and keeps track of the entire state of each shard. “Relayers” then package up transactions to be submitted to the network and advertise these packages to validators. Validators can then ensure that the packages validate without needing to keep track of the entire history of the shard. This module allows validators to execute transactions without syncing the entire state, which allows for both enhanced security a much better user experience because even full node user wallets will not need to download and validate a copy of the entire blockchain history — syncing wallet balances and transactions will be orders of magnitude faster.

A cross-link is a form of checkpoint that occurs in blocks when there is enough consensus across the Synapse network to finalize the block. Cross-links are used to finalize transactions that involve more than one shard, so they are used when moving balances from an address on one shard to an address on another shard.

Our synapse development team is still working away at getting the testnet operational. As it stands, shard module chains are finalizing correctly, based off of cross-links with the beacon chain. We are still resolving some issues with shard blockchain syncing, and enhancing overall stability prior to launching a testnet.

As it stands, the two nodes are able to function for about 100 blocks before experiencing stability issues. This is part of the normal development process — first, we build the code to make it function, then we help ensure it is working correctly and in a stable way, and finally, we optimize for performance and security.

There has been a lot of ongoing discussion in the community regarding Synapse and the details surrounding the project. As of right now, the team has proposed plans for Synapse to be launched as an independent project — complete with its own sharding-enabled blockchain. While there would still be overlaps between Synapse and Phore, and the two projects will have a lot of synergy as “sister projects” — each will have its own dedicated team resources, governance proposals, and so on.

The team is currently not proposing having any presale for Synapse. Although a premine with a presale would provide a boost in upfront funding for Synapse development and marketing, it would also create legal implications surrounding security regulations. It would also dilute the percentage of ownership of current Phore holders. The current proposed plan is to take a snapshot of the Phore blockchain on a future date, and Phore holders will be able to redeem Synapse coins in proportion to their holding as of the snapshot date. We cannot give exact ratios yet, because the coin economics for Synapse (i.e. max supply, rewards, etc) have not yet been finalized. After the snapshot, Synapse will operate similarly to Phore in that there will be budget proposals that anyone can submit, and investors will vote on. These kinds of funding arrangements are viewed much more favorably by financial regulators and are treated much differently than holding a presale or ICO/IEO, because they represent payment for work performed, rather than a large upfront investment based on speculative future value.

To be clear, assuming our proposed approach is approved by the Phore community, Synapse and Phore will both go on as separate projects, although possibilities are virtually endless for the two projects to synergize and support each other. These possibilities could eventually include: Phore coins being replaced by a token on a Synapse shard, marketplace smart contracts running on a Synapse shard, Synapse being integrated into the marketplace as a payment method, and so on.

We as a team are very excited by the potential for innovation afforded by Synapse’s underlying technology. After the smart contract shard is released, developers will be able to create dApps on this shard, creating a near-limitless opportunity for business application and use-case growth. This also includes the expansion of the Phore Marketplace’s capabilities. Any smart contracts that could potentially be integrated into the marketplace to provide more advanced functions would undoubtedly be built upon the Synapse architecture (in lieu of Ethereum or another smart contract protocol).

So far, we have received a lot of support from the Phore community about this proposed approach. We understand that some community members may prefer that Phore and Synapse remain one project and blockchain. We feel this proposal has the best interests of both Phore and Synapse in mind. Phore is an eCommerce coin, and its primary use case is currently the Marketplace (which is still only in Beta). While Synapse certainly has the potential to take the Phore Marketplace to the next level (and we still plan to use it in the Marketplace), Synapse should not be limited by being primarily associated with only this application. It is so much more than shiny new features to attract people to Phore — it’s a completely new next-generation protocol supporting native smart contracts paired with a never-before-seen level of scalability, security, decentralization, and flexibility.

Each project has its merits and its justification in the market. An article will be released shortly explaining some of Phore’s future plans and how Phore will stand on its own value proposition separately from Synapse.

It bears repeating that all of the details the team is proposing is exactly that: a proposal. This proposal has had a lot of forethought, discussion, and market research. Ultimately, the Phore community will govern all relevant decisions, up to and including alternative proposals.

Stay tuned for more updates on the world’s best, most scalable sharding architecture! 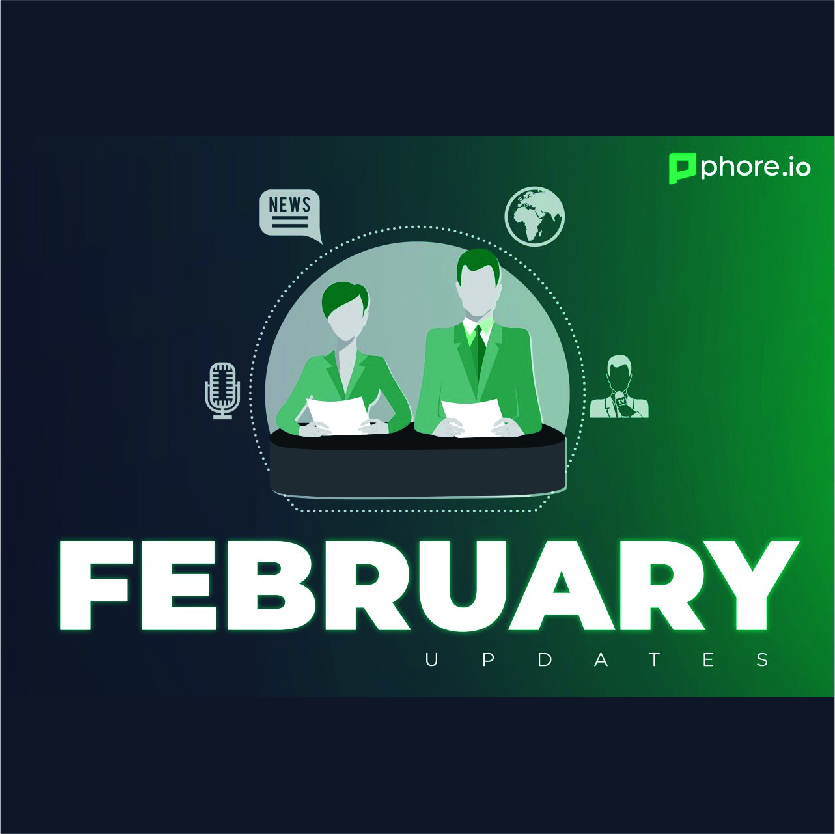