By Phore BlockchainAugust 13, 2018 No Comments

A few weeks ago we proudly announced meeting all Q2 roadmap milestones. This included being the first pure PoS+MN coin to add segregated witness (SegWit), and adding two new developers to the team. Thanks to all team members for their great work, and to the Phore community for your strong support.

We prioritized useful features over marketing features. For example, we added SegWit that increases transaction throughput up to 100%, and even more importantly to fix transaction malleability to pave the way for secure sidechains and smart contracts.

We have several major projects underway to help achieve Phore’s vision. We have learned a lot getting to this point, and our new roadmap reflects what we believe is needed to provide a robust, secure, and powerful Phore Blockchain ecosystem. 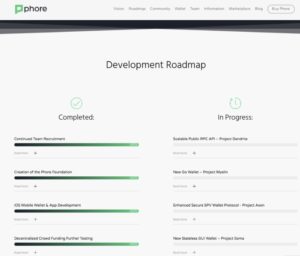 Our future roadmap is focused on adding new capabilities, better security and privacy, and further scalability to the Phore platform and ecosystem. We are prioritizing development of our blockchain technology, and allocating additional resources to delivering and expanding decentralized applications and blockchain services. Real-world adoption requires a strong foundation like the one we are building now.

We will release further details about these projects in the coming weeks and months.

We are now moving to an agile roadmap system whereby we will provide regular updates on our website about planned items, progress on items under active development, and which items have been delivered. Scheduled release dates will be announced a week or two before release. This will increase our agility and flexibility to take advantage of opportunities as they emerge, respond quickly to community feedback, increase quality, and deliver more useful features sooner.

Rather than forecasting several quarters in advance, we will be updating our progress and priorities much more frequently. New items will be added and prioritized based on community input, industry trends and developments, and available funds and resources. As a result, some features may be delivered sooner, and others may be deferred based on prioritization of our backlog of features. There may be a few surprise features along the way as well.

We truly value feedback from our community and interested parties. Drop into our Discord server or Telegram channel to ask questions and have discussions directly with Phore Blockchain team members. 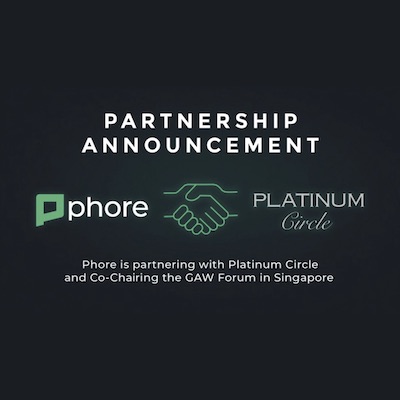